Michelle Williams suffered a permanent sense of loss, she reveals in a newly published interview she gave before the death of her former partner Heath Ledger in January (08). 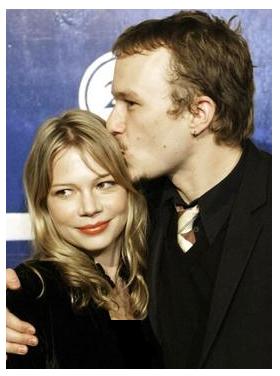 She revealed, “I have that feeling inside, like when something really tickles or delights me – it’s not singular. I recognize all the awful things in the world, and in spite of them, I can still laugh.

She continued, “There’s this Joan Didion quote about being afflicted from an early age with a presentiment of loss. Did I come into the world like that? Or was I kind of gifted that?”

Michelle Williams, who split from Heath Ledger, the father of her two-year-old daughter Matilda last September (07). In January he was found dead in his New York City apartment after suffering an accidental drug overdose.