Miley Cyrus has confirmed reports she’s set to pen an autobiography at the age of 15. 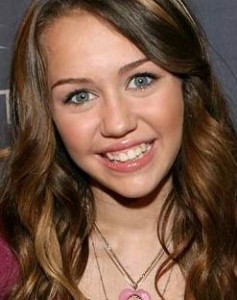 The “Hannah Montana” star has reportedly signed a seven-figure deal with the Disney Book Group, and will write all about her upbringing in Tennessee and her rise to international stardom.

According to Disney, the book will feature never-before-seen photos, anecdotes and family stories.

In announcing the book news, Miley Cyrus revealed, “I am so excited to let fans in on how important my relationship with my family is to me.”

She added, “I hope to motivate mothers and daughters to build lifetimes of memories together, and inspire kids around the world to live their dreams.”

The book is scheduled for a spring 2009 release.