Paris Hilton has the new slogan for the Hyatt Hotel in Moscow whether or not they want it. 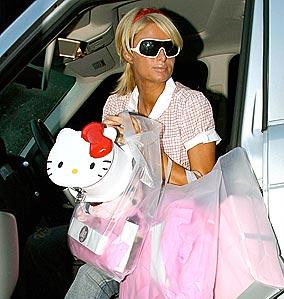 The “Stars Are Blind” singer decided to write a slogan called “Paris Moscow 2008,” while she was visiting the Russia for the hotel’s expensive wallpaper during a photo shoot.

A hotel spokesman revealed, “Miss Hilton ruined the wallpaper in the luxury suite. In such a case the client automatically goes on the black list.”