Miley Cyrus was literally left out in the cold on New Year’s Eve when her father refused to join her for a TV performance after a family row. 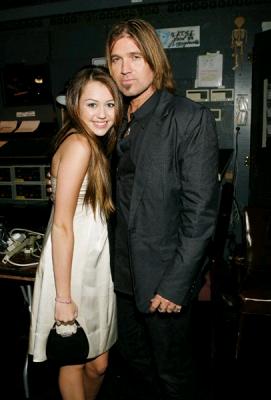 Billy Ray Cyrus, the country singer and actor, was scheduled to perform with the Hannah Montana star as part of a New Year’s Eve live show in New York’s Times Square, but he pulled out at the last minute.

And now his 15-year-old daughter revealed it was because she wouldn’t do as she was told.

She explained, “He was mad at me, we got in an argument. He stayed home. It was over a song; I didn’t want to do it in a certain key, so he decided to stay at home because it was cold.”

The “Hannah Montana” star admitted her dad wins most battles when she wants to change the way she sings a song.

She added, “He’ll just say that he’ll do it the way that I say and then, when we start doing it, it’s in a completely different way, the way he wanted it in the first place. So then I have to catch on.”