Miley Cyrus seems to be a good model but a report suggests different opinion for
some unsafe behavior in her new film. 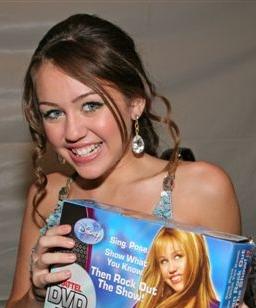 It’s not smoking or drinking or anything bad but a report from a consumer watchdog is upset at the 15-year-old teen star for not buckling up.

A report indicates that one scene in the movie where Miley Cyrus and her dad, country star Billy Ray Cyrus, are riding in the backseat of a Range Rover and neither are wearing seatbelts.

The report also pointed out latest data available that 55% of passenger vehicle fatalities in 2006 were folks who hadn’t buckled up. They also stated that this number increases to 65% for fatalities in Miley Cyrus’ 13-to-15-year-old age group.

The report also indicated, “It seems to us that Miley, her father, and Disney had a perfect opportunity to help influence teens and counteract—rather than encourage—this trend. Then again, as Hannah herself sings, ‘Everybody makes mistakes.'”