Miley Cyrus’ mother is a “nervous wreck” when her daughter drives. 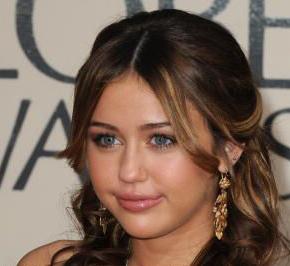 The “Hannah Montana” star recently passed her driving test, but admits her mom Leticia Finley is still scared to get in a vehicle if she is behind the wheel.

She said: “I’m a good driver but I make my mum a nervous wreck, which makes me nervous.”

The 16-year-old star insists she can handle her car and is determined not to let her mother’s anxiety get to her.

Miley drives a Porsche, but it was recently reported she hates being seen in the luxury motor as it used to belong to her mom.

Explaining she would have preferred a brand new model, Miley said: “I do have a car. I took my mom’s old car. I didn’t get the one I wanted, but I got the old car which wasn’t so bad because it was a Porsche. I suppose it was a pretty good hand me down.”

The actress also revealed she found learning to drive hard, not least because she was attacked by a fruit-wielding assailant during one lesson.

She said: “I already had a big Student Driver sign over my head, and someone threw a banana at me!”