Miley Cyrus is teaming up with renowned designer Max Azria of BCBG to bring her big-city style to the masses at an affordable price. 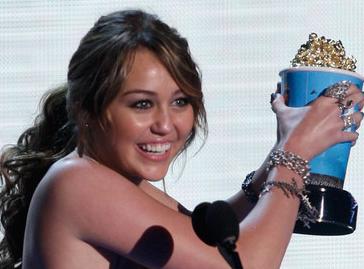 The apparel line, called Miley Cyrus & Max Azria, is set to launch at Wal-Mart stores in August and will include graphic tees, pants, tops, shoes and accessories.

Miley also announced dates for her North American tour presented by Wal-Mart and promoted by AEG Live, will feature 45 shows and launches September 14.

She will be touring with her brother’s band Metro Station on a 45-show tour that will be stopping in major cities including New York City, Dallas, Chicago, Los Angeles and New Orleans. Tickets go on sale to the public beginning Saturday, June 13. For more information, visit the singer’s website!