Miley Cyrus, who was a huge star from Disney’s television show, has hit the headlines again with a controversy that she needs a body double to keep her concerts going in a fast paced manner. 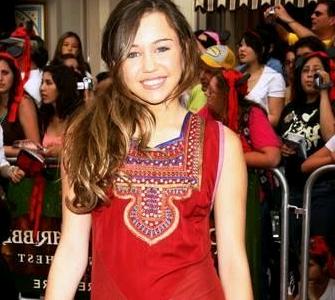 The body double action was revealed in a video that has been posted on YouTube and it has created yet another controversy for the fifteen-year old singer.

She was previously hit the controversy with her candid photos and she had to once again defend herself saying that the pictures were nothing more than two friends having a little bit of fun at a sleepover.

Now she is again having to answer critics who want to know why she is using a body double during her shows. There was a video clip online of Hannah Montana performing with the Jonas Brothers in concert and showing us a little “Disney magic!”

At the 2:20 mark in the video some stagehand covers Hannah with a black sheet and then rushes her backstage and seconds later a “fake” Hannah Montana replaces her. It’s obviously so the real Hannah can do a costume change, but it’s pretty hilarious.

So where’s the controversy? Fans pay a fortune for the tickets, and one can guess they want to see the real Miley Cyrus slash Hannah performing at all times. She has spoken out and her representative says that the fake Hannah is only on stage for a few minutes.

As expected the representative claims that she does this to turn from Hannah back into Miley with a quick change. Still, for the hottest concert ticket of the year it is pretty cheesy and is probably the wrong way to go about it. The Jonas Brothers are on stage with her at the time and she could just walk off and do a change and avoid the controversy.