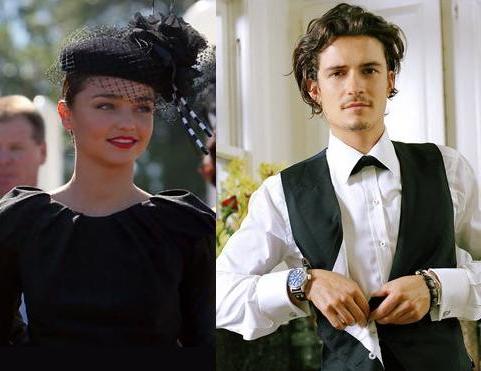 The insider dished the details that Miranda Kerr has rebounded into the arms of her former flame, oil heir Brandon Davis. The Victoria’s Secret model and Brandon were first seen together shopping on LA’s Robertson Boulevard last November but at the time they both insisted they were just pals, reports the magazine.

Another source revealed that the Australian beauty is since said to have rekindled her romance with former flame Brandon David.

According to sources, Miranda and Brandon were seen kissing at two New York nightclubs, with one eyewitness saying they were “full on making out, they didn’t seem to care who saw”.

However, Miranda’s spokesperson has denied she has split with the “Pirates of the Caribbean” actor – though the Victoria’s Secret model was reportedly overheard telling Brandon about the break-up.

A friend of Miranda, who was first linked to Brandon last November, revealed: “Miranda always seems to go to Brandon when she has a fight with Orlando. He’s her rebound guy.”

Orlando and Miranda announced they were dating in February this year, months after they were first rumored to be seeing each other.

They made their first public appearance together in April at a race meeting in Sydney, Australia – reportedly a few days after the actor first met his girlfriend’s parents.