Miranda Kerr, Australian model, recently revealed just how much of a spoiled brat Paris Hilton can be after dishing on a incident at the Victoria’s Secret fashion show. 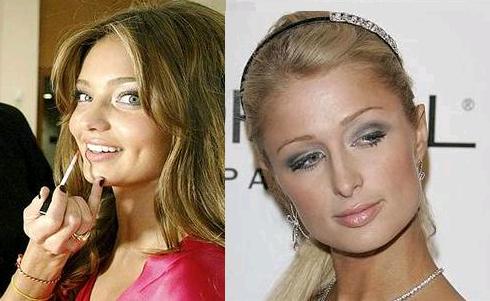 The Victoria’s Secret Angel was not pleased when Paris Hilton acted like a princess backstage at a Heatherette runway show in 2005 and stole her gorgeous runway outfit, saying, “I was standing by my rack and she goes ‘I want that dress,’ and she pointed to my dress, my pretty pink dress, the one I was really proud of … and she stole it.”

The Australian model continued, “I was just thinking to myself do you want me to hit you over the head with my handbag.”

It was karma that stirs the situation, when Naomi Campbell turned up five minutes before the show closed, the organizers took clothes from Paris and gave them to Naomi.

Miranda Kerr added how Paris Hilton was left humiliated, “Paris is about to walk out for the finale and Naomi walks in, so they rip the dress off Paris, she’s standing there [email protected] and they put it on Naomi …. I thought, that’s karma for you darling.”