Myleene Klass has her enviable post-baby figure trimmed thanks to breast-feeding. 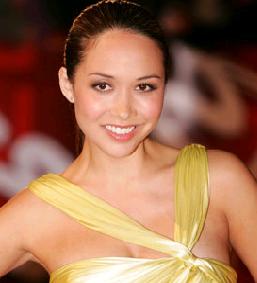 The former Hear’Say singer stunned crowds at the London premiere of “Lions for Lambs” on October 22 with her svelte shape, which she claims is a result of nursing her newborn.

She revealed, “I’ve lost all my weight through breastfeeding – I can’t rave about it enough! It’s quite miraculous in fact!”

The 29-year-old presenter, who wore a flowing green chiffon dress with a jewel-encrusted bodice, also claimed she is choosing work projects more carefully since becoming a mother, saying, “I’m back at work, but I’m choosing my jobs quite carefully because obviously I want to spend as much time with the baby as possible at the same time as being a good example of a working mum.”

She added, “There are so many working mums out there, and they all get the balance just right. There’s no reason I can’t as well!”