Noel Gallagher, the guitarist of Oasis, doesn’t want his son to have an ordinary name. He has been thinking of unusual names for the unborn baby. 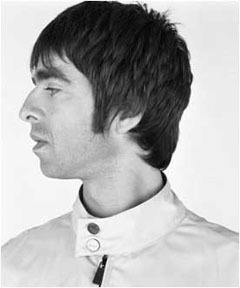 Noel Gallagher, 39, revealed, “Chutney is a name I fancy if the baby is a geezer. Maybe Gizmo Gallagher, or Gilly Gallagher.” However, he is not allowed to choosing the name if the baby is a girl. He added: “If it’s a girl, Sara’s already got the names picked out. But either way it’s gonna be legendary.”

As for the seventh album of Oasis, the rocker revealed, “We virtually have an entire album ready to go, so there won’t be a great deal of work to do once we start. But as Sara is making a baby that kind of puts most of this year out, I would have thought.”