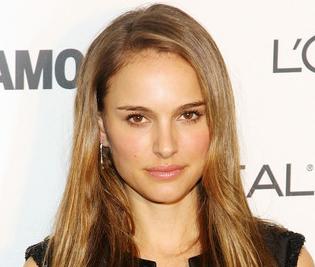 Director John Patrick Shanley, who also penned the play on which the film is based, has revealed Natalie was in the running for the part of Sister James, which was eventually taken by Amy Adams.

He chuckled at first and blushed a little bit when he responded: I’m trying to think of what the etiquette is on this.”

When he was urged to answer the question on how Amy Adams won the role of an emotionally conflicted nun, John Patrick Shanley revealed: “We asked Natalie Portman, and Natalie was very interested but kept saying she had a problem. And we finally nailed down as to what the problem was. She basically said she didn’t understand celibacy.”

The film “Doubt,” which also stars Meryl Streep as Sister Aloysius Beauvier, tells the story of a nun who confronts a priest after discovering he has been sexually abusing a black student.

Meryl has already been tipped for an Academy Award for her role.

However, Shanley downplayed the Oscar buzz surrounding the film, insisting: “Our job is to do the very best we can and strive for excellence, to do it because it means something to us and that we think its worthy of communicating to other people. Awards are a wonderful thing but I think that’s why I do it and that’s why they do it.”