Natalie Portman gets nude for a short film, which is available online as a free download, with a title “Hotel Chevalier” opposite Jason Schwartzman. 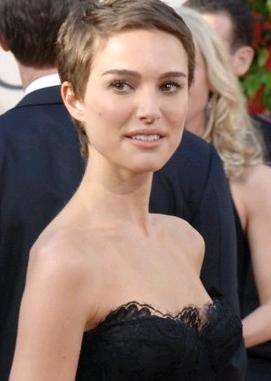 It was reported that the actress had regretted the role and the strip. Now it appears that the whole thing was just a mix up. As for the link to the original download of the film, where she is in the buff and very comfortable, you can find the free download here and photos of the scene here.

The actress revealed, “I’m not someone who has a lot of regrets, but last year I did something that I wasn’t comfortable with, and I’m really sorry I didn’t listen to my intuition. There was a scene in a movie that felt inappropriate for me, but I didn’t want to make waves. So I let myself get talked into it, even though it shook me up.”

But that’s not the right film. Kelly Bush, the publicist of the actress, made it clear that her client was actually talking about a really rough scene in “Goya’s Ghosts.” A statement from the magazine’s publicist reads: “We say that Portman regrets doing a nude scene in the movie ‘Hotel Chevalier.’ This is wrong. When Portman writes about this in Parade, she does not mention a specific movie title. She tells us she was referring to a scene with a body double in ‘Goya’s Ghosts,’ which was taken out of context and leaked onto the Internet. Portman is very happy with ‘Hotel Chevalier’ and proud of her work in the film.”