Nick Jonas and Delta Goodrem was spotted holding hands while leaving their hotel on September 4 in Los Cabos, Mexico. 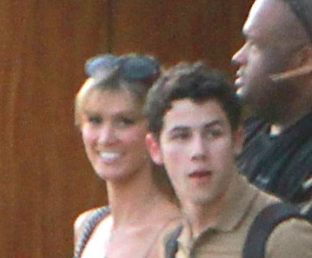 The couple spent the day lying by the pool. Nick went shirtless and Delta chose to wear a large brimmed hat. Last month, they attended an Adele concert together in Hollywood. Meanwhile, Nick dished that he got upcoming projects in the near future.