Nick Jonas is living a dream life as a rock star, but as a kid, he had a more lofty ambition — to live in the White House. 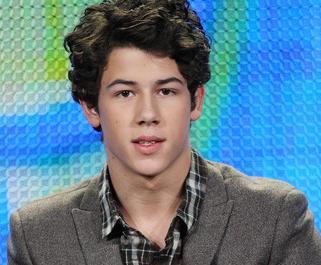 The 16-year-old musician-actor and all-around teen heartthrob said in an interview on Friday: “My goal was to become a president one day. I’ve kind of been thinking about it since the time I was 7.”

While he may one day realize his presidential dreams, for now, he will have to settle for being a part of the historic inauguration of Barack Obama with brothers Nick and Joe. The Jonas Brothers are playing a concert Monday in downtown Washington for military families. Set to air on the Disney Channel, the concert will also feature Miley Cyrus, Demi Lovato and Bow Wow.

Nick Jonas revealed: “We’re just really pumped to be there with such a historical inauguration.”

The Grammy-nominated trio said they’ll be performing their tunes “Love Bug” and “Burnin’ Up” during their Washington performance. The tunes are particular favorites of the Obama daughters, Malia and Sasha, the brothers said later at a Television Critics Association news conference.

Jill Biden and Michelle Obama are hosting the event at DC’s Verizon Center with their families, but it won’t be the first time the Jonas Brothers have come face-to-face with Sasha and Malia.

Nick added: “Very sweet girls. We met ‘em when we were on ‘Ellen.’ And it was before he became the president-elect. So we’ll see them again now and give them a big ‘Congratulations.’”

The Jonas Brothers had also visited the White House under the Bush administration to perform at the Easter Egg Roll. They said they had no comment about a campaign by Quincy Jones and others for Obama to create a new post of Secretary of Culture.

The Jonas Brothers, who are up for best new artist at the Grammys, are also set to perform at the awards show Feb. 8. They also are due to star in a film due in theaters next month: “Jonas Brothers: The 3D Concert Experience.”