Nicole Kidman and Keith Urban are selling their Nashville mansion for $2.5 million. 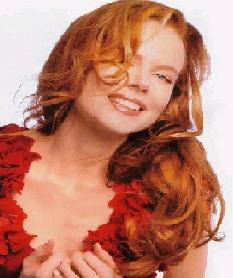 The actress and her husband are moving out of the country singer’s four-bedroom Tennessee house in search of a place reflecting both their tastes.

A friend of the couple revealed, “It was Keith’s house really – they are probably just looking to find a home that is theirs.”

The 7,000 sq ft property, which boasts a spa, pool, gym and five bathrooms, is located in an exclusive gated community.

The celebrity couple already own houses in Australia and New York, and are also said to be looking for a property in Los Angeles so Nicole’s adopted children, Isabella and Connor, can be closer to their adoptive father Tom Cruise.

Nicole Kidman recently revealed she enjoyed living with her co-stars Jack Black and Jennifer Jason Leigh while filming Margot at the Wedding.

She revealed, “We all lived at this house in the Hamptons. Jennifer would cook breakfast on Sunday, and we’d all go to work Monday to Friday, and then hang out at the weekend.

She added, “Jack would play guitar. And we would lie around in the bed, rehearsing. You don’t tend to make films like that any more – it’s a more 70s way of making films.”