Nicole Kidman was named the most overpaid celebrity in Hollywood in the second annual list of least bankable stars by U.S. magazine Forbes, taking the top slot from fellow Australian Russell Crowe. 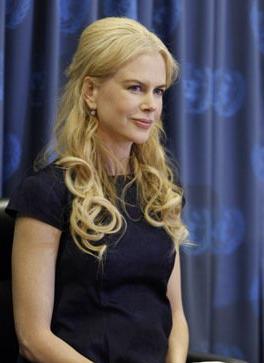 The actress’ films were estimated to only earn $1 for every dollar the Oscar-winning actress was paid compared with $8 a year ago.

“The Invasion,” a remake of the 1956 classic “Invasion of the Body Snatchers,” even lost $2.68 for every dollar earned by Nicole Kidman who was reportedly paid $17 million for her role.

Forbes indicates: “Despite winning an Oscar for her performance in 2002’s “The Hours,” Kidman has become the most overpaid celebrity in Hollywood, her upcoming movie “Australia” could give her a boost.

Followed by Jennifer Garner, who grabbed the second spot in the list, got movies including “The Kingdom” and “Catch and Release” have underperformed at the box office. Her movies were calculated to earn $3.60 for every $1 she was paid.

Tom Cruise, who is the former husband of Nicole Kidman, came third in the list with a $4 return for every dollar he was paid, mostly because of the failure of last year’s movie “Lions for Lambs.” For every dollar the star earned the film returned only $1.88.

Forbes said the ranking was compiled by looking at a star’s past three movies and dividing their total earnings by the films’ gross income to get the actor’s payback figure.

The actor whose bankability improved most over the past year was Russell Crowe, who was ranked the most overpaid celebrity last year when Nicole Kidman was in second place.

Last year, Forbes estimated the movie “Cinderella Man” earned $5 for every dollar that Crowe was paid.

But this year, he was the 18th best earner on a previously issued list of which actors were worth their paychecks, with a return of $6.88 for every dollar he earned.

This bump was attributed to last year’s movie “American Gangster” with Denzel Washington, for which Crowe returned a healthy $10.80 for every dollar he was paid.