Nicole Kidman, 41, attempts to steer clear of reflective surfaces because she is not obsessed with her appearance. 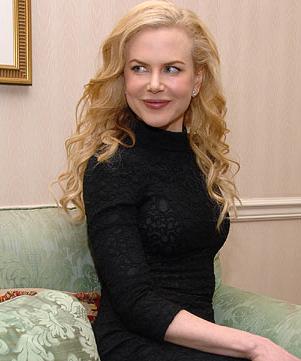 The “Australia” star revealed: “I’m not enamored with youth. There isn’t wisdom in youth. My own sense of vanity is not that strong. I get ready in five minutes. I’m not a mirror person. But I like to look healthy – the youthfulness is in health. It’s very important.

The actress explained: “Maybe that comes from my mom having breast cancer. I’ve seen people suffer. So my desire to stay agile – I want that! I want to be able to run and walk and hike, and get out there. I love being outdoors and I feel caged if I can’t get out. To see the sun come up – it puts me in a place to go, ‘What a great day.’ ”

Nicole Kidman, who has a three-month-old daughter Sunday Rose with husband Keith Urban, also revealed she has never felt like she fits in.

The actress added: “I grew up as a fair-skinned, sort of Irish-descent girl. I was always on the outside, on the periphery of things. As much as I wanted to be a surfer chick, the girl down on the beach who was the sporty girl, I had to be the bookish girl because I was put in dark rooms and protected. I always felt like a bit of an outsider.”