Nicole Kidman and Keith Urban prefer to keep mum on the rumors that she is expecting her first biological child. 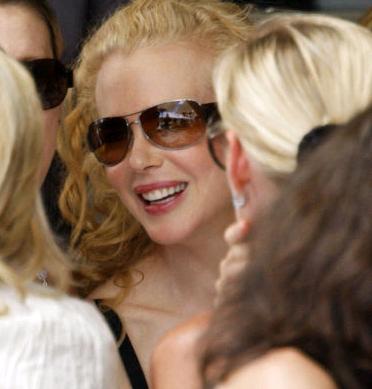 The actress refused to talk to the paparazzi when she was asked directly about her pregnancy. However, the couple added a spark to the rumors when they were seen hiding her tummy recently at the NSW Art Gallery.

It was first reported that the couple had disclosed the pregnancy news to friends and family members over Christmas but Nicole Kidman’s rep has denied the reports.

Meanwhile, a new book claimed that Scientologists threatened to blackmail Nicole Kidman if she spoke out against the controversial religion after her failed marriage to its most famous follower, Tom Cruise.

Andrew Morton, the author, writes in his unauthorized biography of Cruise that Scientology played a major role in the breakdown of Kidman’s marriage to the Hollywood superstar.

A former senior Scientologist told Morton how Kidman’s lawyer, Bill Beslow, revealed that Kidman “hated” Scientology by the time Cruise decided to leave her in 2000, saying, “At this point Nicole hated Scientology but was concerned for the kids. She did not want to ruin her relationship with them. I told the lawyer if she wants to stay with the children she will have to be quiet and not speak out about Scientology.” according to extracts from the book published on Sunday newspaper.

Andrew Morton also wrote, “The fear was that a lukewarm Nicole could fatally compromise Tom’s commitment to his faith.”

The book goes on to say that Tom Cruise has become the de-facto second in charge within the Church of Scientology but the “Mission Impossible” actor rejected all of the claims made in the book, branding it “a bunch of lies”.

Scientology lawyers are believed to be preparing to sue publishers St Martin’s Press.