Allegedly sporting a bit of bump, Nicole Kidman has been rumored to be pregnant with her second child with singer husband Keith Urban. 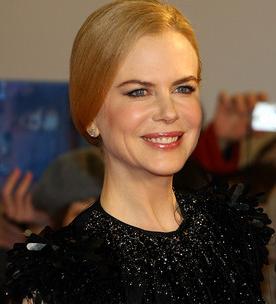 Nicole Kidman has sparked speculation that she is pregnant with another baby after she was spotted sporting an apparent baby bump while attending the Japan premiere of her film “Australia.” At the event, taking place in Tokyo on Thursday, February 26, the Aussie actress was photographed wearing a loose black dress that exposed a bit of an alleged bump.

Walking the red carpet alongside co-star Hugh Jackman, Nicole was snapped placing both of her hands on her stomach, a body language which was assumed by people as an indication that she indeed is pregnant. Should the report is proven true, the baby Nicole is carrying will be her second child with husband, country music singer Keith Urban.

Nicole Kidman wed Keith Urban in June 2006. She gave birth to their first child, daughter Sunday Rose, in July 2008. Since that time, Nicole has been spending most of her time in Nashville to be with the baby girl.

There hasn’t been any comment from both Nicole and Keith concerning the second pregnancy speculation.

UPDATE:  A representative for Nicole Kidman is quick to deny the swirling rumors claiming the Aussie movie beauty is pregnant with her second child with husband, country music singer Keith Urban. In line with Nicole’s rep, Keith’s rep also denies the celebrity couple is expecting another child, only seven months after their daughter Sunday Rose was born.