Princes William and Harry will undergo wacky initiation ceremonies as they learn to fly with the RAF. 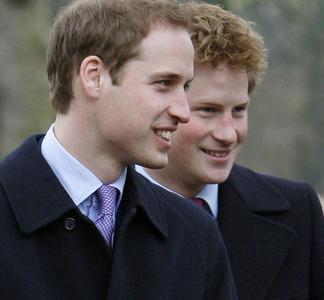 The princes are both training to become helicopter pilots – Harry is on a two-year course to become a pilot with the Army Air Corps, while William wants to become a search and rescue pilot with the Royal Air Force – and are expected to take part in the rituals at their respective bases.

William joins RAF Shawbury in Shropshire next month, where it is claimed new recruits drink beer from a toilet through a straw while having buckets of ice tipped on their heads.

A source said: “No one is forced to take part but I don’t know a single person who has chickened out. I’m sure William will be keen to prove he is one of the boys.”

The source continued: “Harry’s test will be different. The runway is long, and freezing at this time of year. It’s always a relief when you have passed the initiation and earned your drinking wings!”

Earlier this month it was revealed Harry had failed a theory-based test just two weeks into his course.

However, a week later he took to the skies in a Slingsby Firefly at RAF Barkston Heath in Lincolnshire with an instructor.