Nicole Kidman, who recently turned 40, proved her co-star credentials by saving Hugh Jackman from a venomous scorpion on set. 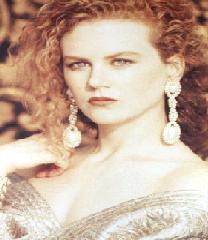 The pair is currently shooting the film Australia in their native country and snuggled up in sleeping bags under the stars for one scene. However local wildlife almost held up filming when a scorpion came dangerously close to attacking Jackman.

A source revealed, “Nicole gasped when Hugh opened the cover invitingly to reveal a poisonous scorpion creeping up his bag. She calmly told him not to move, squatted down and scooped the creepy crawly into her hat.”