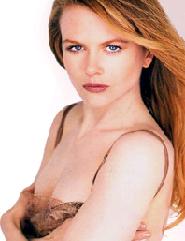 The production company has acquired the rights of the film that the actress will produce through her Blossom Films banner along with Vertigo Entertainment partners Roy Lee and Doug Davison and ‘The Departed’ co-producer Rick Schwartz.

Nicole Kidman will play the lead role, Vega, who is encouraged by her dad to take refuge in a fancy apartment after a tragedy, according to a magazine report.

Juan Felipe Orozco, who helmed the original film, will direct the film and Fernley Phillips will write the script.