Nicole Kidman and Hugh Jackman meditated every day on the set of the film “Australia”. 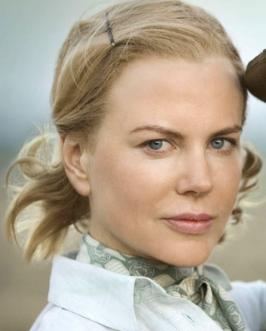 The 41-year-old actress revealed getting in touch with her spiritual side with co-star Hugh while they were shooting Baz Luhrmann’s new movie helped her connect with her character.

She said: “I have a strong faith in God, he is at the centre of my meditation. Hugh and I would both meditate on the set of ‘Australia’. I also do my own meditation that my father taught me.”

The actress, who gave birth to daughter Sunday Rose, her first child with husband Keith Urban, in July, also revealed she keeps a diary to help herself stay grounded.

She added: “I do keep a diary, it forces me at the end of the day to consider what the day has brought. I sometimes re-read them too. You learn things from that. It does back to realizing that the things you were worried about, that were life and death that day, five years later are not even part of the equation.”