Nicole Kidman still goes to the cinema because she wants to live a normal life. 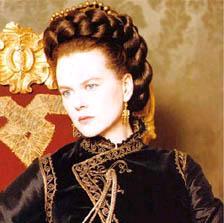 The Oscar-winning star doesn’t believe it’s healthy to hide away from the paparazzi and fans in her house, and insists she tries to get out as much as possible.

She revealed, “I still go the movies and I just live my life. I really do. And I think that’s one of the great gifts that children give you – that they don’t allow you to get into a state of reclusiveness which could happen.”

The Aussie actress is keen to give her children as ‘normal’ an upbringing as possible by keeping them out of the public eye. She added, “As a mother I’d hope that I’m compassionate and they always know I’m on their side. They’re very strong children – I’m very protective of their identities, in terms of not having them exposed to what I’m involved in publicly. I think that’s paying off in terms of them forming their own identities and opinions. They don’t come to premieres or watch mine and Tom’s movies.”