Nicole Kidman’s daughter has a crush on Naomi Watts’ son. 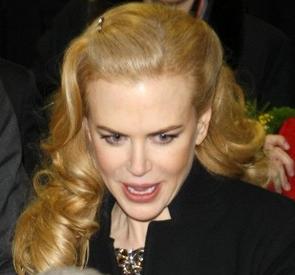 The “Defiance” actor joked: “Sunday Rose is after our boy really heavy and I think it’s kind of weird and early, and I think she should back off, slow down and get her act together before that all happens. And Olive’s been after our baby for a while too.”

The happy parents – who welcomed second son Samuel into the world last month – are not surprised Sasha is so popular.

Liev said: “Dishy. Is that still a word, dishy? I can say that about my son. The boy is really, really dishy.”

Naomi added: “Oh, I think he’s gorgeous. Like you’d want to make out with him – that kind of guy.”

But Liev joked his boys are in no hurry to commit: “They’re young men, they live in New York, they’ve got the world in front of them, lots of things to do before they have to settle down.”

She said: “I’m breast feeding. And he’s sucking it all out of me, it seems. And when the baby comes out, it’s a lot of weight right there.”