Prince Harry, who had been the center of the controversy with his racist remarks, has been praised for licking a man’s face. 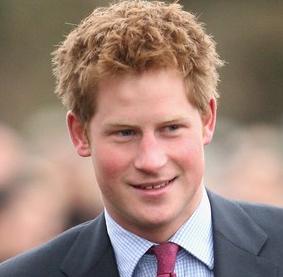 The 24-year-old prince was hailed as “liberated and enlightened” by gay rights campaigner Peter Tatchell for his affection towards a male army colleague.

In a video aired this week, the prince is seen mouthing: “I love you” to another soldier, before kissing him on the cheek and licking his face.

Another extract shows Harry asking a colleague how he felt after an army exercise, adding: “Gay, queer on the side?”

Australian-born Peter said: “For him to happily give his soldier friend a public kiss and lick his face strikes me as rather liberated and enlightened, for a straight man.”

He continued: “If only more heterosexual men were relaxed about same-sex affection like Harry, the world would be a better place.

He added: “The context and intention of words is crucial in deciding whether they are offensive or not. I don’t find anything objectionable about the context in which Harry used the word queer.”