Nicole Kidman is preparing for her new film role through gorging on chocolate and pasta to fatten up for her latest movie. 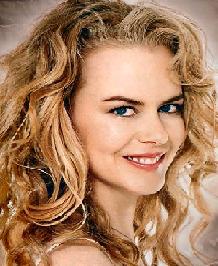 The 40-year-old actress has already piled on 10lbs to play a middle-aged woman in “The Reader” by sticking to a four meal-a-day calorific diet of puddings, protein shakes and carbohydrate-rich foods. The film is based on the best-selling German novel about the emotional repercussions of the Holocaust in World War II.

A friend of the actress revealed, “It’s a very demanding role because there are a lot of explicit lovemaking scenes. The film is set over several decades so her character changes a lot. Nicole was originally planning to use prosthetics but was told by the director, Stephen Daldry, it would be more realistic if she gained the weight. It’s not usual to see her work her way through a big plate of pasta, with bread, and then a dessert.”

The actress has enjoyed one major benefit from her weight gain, a larger bust. Her friend added, “Nicole loves her new bosom, but she is finding eating so much makes her lethargic and sleepy.”