Nicole Kidman, who previously reported to hate looking at the mirror, is set to play the role of the world’s first post-op transsexual, married to Charlize Theron in the period drama. 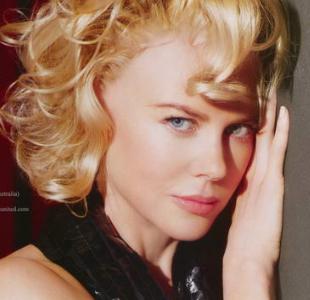 The “Australia” actress will star in and produce “The Danish Girl,” based on the true story of Danish artists Einar and Greta Wegener. Their marriage took a sharp left turn after Einar (Kidman) stood in for a female model that Greta (Theron) was set to paint.

When their portraits become wildly popular in 1920s Copenhagen, Greta encouraged her husband to adopt the female guise. What began as a harmless game led Einer to a metamorphosis and landmark 1931 operation that shocked the world and threatened their love.

Anand Tucker (“Shopgirl”) is attached to direct the feature, adapted by writer Lucinda Coxon (“Wild Target”) from David Ebershoff’s 2000 Viking bestseller. His debut novel of the same name is a fictionalized account of the Wegeners’ true story.

Pre-production has begun on the indie film, but no details on a principal photography start date have been disclosed.

Both Nicole Kidman and Charlize Theron earned their best actress Oscars playing lesbian characters, in “The Hours” and “Monster,” respectively. Additionally, Nicole Kidman is attached to play Dusty Springfield in a biopic about the bisexual English singer.