Nicole Richie, who is four months pregnant, is believed to be strong-minded to wed Joel Madden before her baby bump shows. 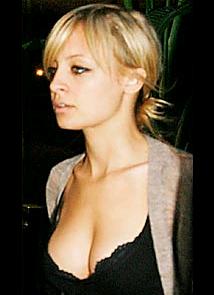 A source revealed, “Nicole does not want wedding pictures of her in a big old white dress, with a big old pregnant belly.

The “Simple Life” star wanted a prolific wedding, but is struggling to set a date to exchange vows before September 28, the time that she must begin her four-day prison sentence for DUI.

The source added, “Nicole has a guest list of about 200 so far. But pulling off a wedding that size, this quickly isn’t easy. She really wants to get married, spend a few days with her new husband and then check in to jail.”

Lionel Richie has offered his Bel-Air mansion for the wedding ceremony and the 25-year-old socialite is said to love the idea of getting married at home.

It was reported earlier this month the couple are having a baby boy and Nicole has already started decorating the nursery and choosing names.