Nicole Richie is only about a month away from giving birth to her first child, but she and her boyfriend Joel Madden are still having trouble deciding on a name. 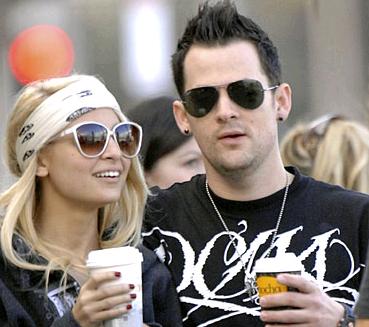 “Simple Life” star plans to think of a name for the baby in her time at the hospital, saying, “[Joel and I] can’t agree on one. I figure I’ll be in the hospital for at least a day, so I’ll figure it out then.”

This can turn out to be a hard task, as the couple still does not know the sex of the baby. She continued, “We’re waiting to find out, which has been a lot harder on me than it has on Joel because I’m so nosy. If he wasn’t at every doctor’s appointment, I probably would have found out by now just behind his back and not told him.”

The American socialite expects her baby to be neither like herself or her hubby, Madden, 28; be it a boy or a girl, adding, “They’re going to be so embarrassed of Joel’s tattoos and my tattoos, because I have nine, because you never want to like your parents.”

Nicole Richie also revealed that they’ll tie the knot “eventually,” but likely not anytime this year, saying, “Well, look how much has happened this year. I mean, just let me rest a bit, you know. I gotta hold something for when I get older. I can’t have everything happen all in one year.”