Nicole Richie, who hit the headlines after confirming her pregnancy, was reportedly rushed to hospital recently. The television reality star fears she was suffering a miscarriage. 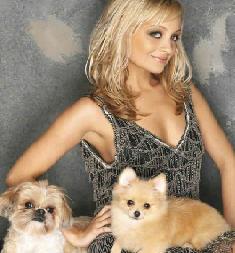 The 25-year-old star noticed bleeding and worried she would lose her baby at the end of last month, just after she and rocker boyfriend Joel Madden returned to Los Angeles from a tour with his band Good Charlotte.

However, doctors quickly assured the four-months pregnant star that her baby is safe, but did encourage her to eat more to feed the unborn child.

An insider revealed, “Nicole was bleeding so much, it was really scary for her. They found out she’s suffering from both a hormonal and nutritional deficiency.”