Nicole Richie “is in shock” after her ex fiance DJ AM and pal Travis Barker were critically injured in a jet crash upon takeoff from a Columbia, South Carolina, airport after midnight Friday. 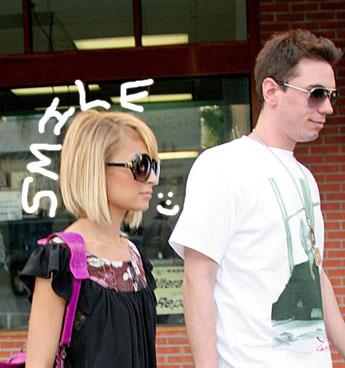 In the fatal accident, it was reported that four people, including Travis Barker’s assistant, were killed.

A friend revealed: “She wishes only the best for Adam and hopes he recovers from this. She’s horribly upset about the people who died.”

Her beau Joel Madden “knows Travis and also feels terrible and hopes they recover. This is terrible news for both of them.”

Meanwhile, another source revealed that Shanna Moakler, who was Travis Barker’s ex, “is devastated and in total shock. It just hit her.”

The source said that she is hopping in a plane to be by his side, adding: “Shanna is freaking and in panic mode right now.”