Princess Eugenie, who previously attended a fashion show, wasn’t just admiring the designer clothes when she sat in the front row of the Fashion For Relief charity show. 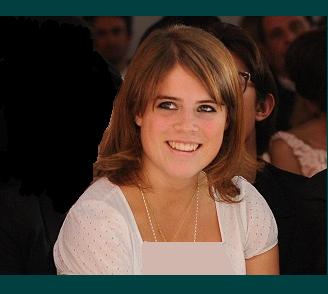 The 18-year-old princess, who was photographed weeks ago on the arm of dashing lad Sam Sangster, took a shine to strapping model Tyson Beckford.

The strapping model also drew admiring glances from Sarah Brown, who is the wife of British Prime Minister Gordon Brown, when he strode down the catwalk in his leathers before revealing a perfectly honed torso.

A source, who is sitting in a front row, revealed: “[Princess] Eugenie got all hot and flustered when Tyson [Beckford] came on stage.”

Another friend added: “It’s well known in her circle that she really likes black men. She thinks they have the best bodies.”