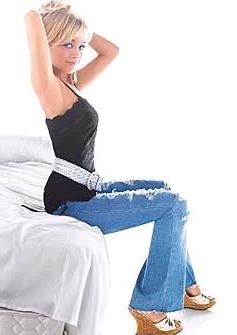 The pregnant “’Simple Life” star and her Good Charlotte frontman fiancée Joel Madden recently made an offer on a home situated in an exclusive gated Southern California community.

After their potential neighbors heard the celebrity couple wanted to relocate to the area, they blocked the move because they are worried about being overrun by paparazzi.

A source revealed, “Nicole was livid because she loved the house. She thinks it’s a bull-s**t reason, but she couldn’t fight it.”

The celebrity couple could appeal the decision but it is unlikely the residents committee will reverse their decision.

As for the other news, Joel Madden has revealed that he thinks fatherhood will inspire his music, saying, “I’m sure it will inspire me. I just can’t wait now. It’s going to be amazing.”