Nicole Scherzinger has dismissed reports she is quitting the sexy six-piece to become a solo artist. The Don’t Cha singer, 29, is releasing her debut solo disc Her Name Is Nicole in November, which features collaborations with Timbaland and Will.I.Am. 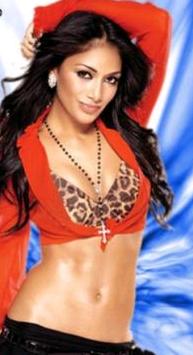 Despite speculation she will become a full-time solo star, Nicole Scherzinger insists she is still a Pussycat Doll.

She revealed, “It’s not so much that I’m trying to move away from the Pussycat Dolls, it’s just that I have this music in me, and I knew I was supposed to put out this album. I think a lot of my music is healing and helping in some way, or maybe it just makes people feel beautiful. I adore the girls, and we’re going to do another (PCD) album together. It’s just me coming into my own and not being afraid to strip everything away and be like, ‘This is who I am and this is my music, and I want to share it with you on a personal level.'”