David Wroblewski, who is a debut author destined for a success after 10 years of writing his first novel, was chosen by U.S. talk show host Oprah Winfrey for her latest book club pick. 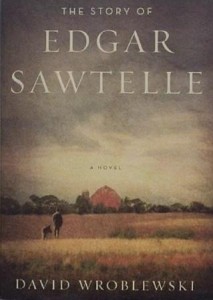 Oprah Winfrey chose the novel of David Wroblewski, which was entitled “The Story of Edgar Sawtelle,” as the 62nd pick for her book club. The U.S. talk show host revealed that the debut novel was “right up there with the greatest American novels ever written.”

The U.S. talk show revealed in a statement: “It’s everything you want a book to be.”

The novel is set on a northern Wisconsin farm in the 1970s and was described as tale of a mute boy named Edgar and the special bond he shares with his dog Almondine, interweaving mystery and family intrigue into a coming-of-age story.

The author, who was born in 1959, was raised in rural central Wisconsin, not far from where “The Story of Edgar Sawtelle” is set. He now lives in Colorado with his partner, writer Kimberly McClintock.

David Wroblewski said that he was “proud and excited” that his book had been chosen for Oprah’s Book Club.

He revealed in a statement: “My highest hope is that it does for you the simple work novels were meant for: to create, for days or weeks, that delicious doubled life of the here-and-now folded back upon the there-and-then.”

“The Story of Edgar Sawtelle” was first published this year by Ecco, an imprint of Harper Collins that is owned by News Corp.