Kate Hudson and Orlando Bloom were seen kissing passionately at a Halloween party. 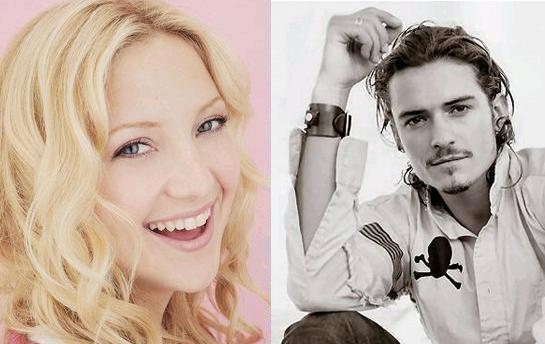 The pair was reportedly “inseparable” during the bash at Kate’s home in Pacific Palisades, California, on October 27, and openly “made out for ages” in front of the actress’ ex-boyfriend Dax Shepard.

An insider revealed, “Kate and Orlando were talking, drinking and laughing. Then they just started going at it. They made out for ages and looked like they were really enjoying themselves. They didn’t care who was watching.”

The insider added, “After that first make-out session, they walked around and talked to everyone as a couple. They were inseparable for the rest of the night. At one point, Kate and Orlando were kissing in front of Dax. But he didn’t seem to care at all.”

Kate and Orlando’s amorous encounter took place just two days after her divorce from Black Crowes frontman Chris Robinson was finalized. Following her split from Shepard last month the 28-year-old actress was rumored to be planning to rekindle her romance with troubled Hollywood star Owen Wilson.