Paris Hilton may be force fed by a drip following worries over her sudden weight loss and refusal to eat in prison. 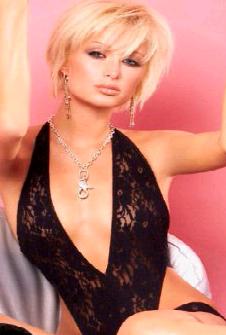 The hotel heiress has sparked concerns after losing over 5 lbs in a week and appearing “weak and lethargic.” Her weight has plummeted to 100 lbs since she was transferred back to California’s Century Regional Detention Center last week.

A source revealed, “After she was transferred back, Paris refused to eat. Staff became worried, as she seems very thin with her bones poking out. She was also very weak and lethargic.”

A source added, “They threatened to put her on an intravenous drip to rehydrate her and give her some nourishment unless she started eating. She has since managed to get a little food down, but doctors are closely monitoring her. She looks very pale. She’s not allowed to wear make-up and her hair is matted and frizzy from washing it with soap as there’s no shampoo.”

The 26-year old socialite is reportedly only allowed to leave her cell for an hour a day, and the only human contact she has is with the doctors and three deputies who monitor her.

The “medical condition” the blonde was said to be suffering from has still not been disclosed.