Paris Hilton was spotted attending the one-year anniversary of club “The Estate” and promotes her new film but she flashes too much flesh as her dress slips down. 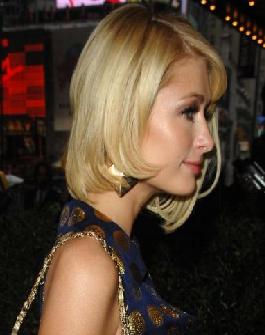 The socialite was promoting her new film “The Hottie & The Nottie,” in Boston and she also treated the crowd to a song, which you could see here.

While singing, the “Stars Are Blind” singer gave clubbers more than they bargained for on Wednesday night after slipping out of her dress during a nightclub visit.

The hotel heiress accidentally flashed something along to Boston’s Estate nightclub to celebrate scooping the Woman Of The Year ‘award’ from Harvard University’s Harvard Lampoon Magazine.

After the nearly a wardrobe malfunction with her top, Paris Hilton stepped up on stage again to give fans a rendition of her previous single “Stars Are Blind”.

However, partygoers were left more dazzled by the blonde socialite’s sexy curves than her voice.

One revealed, “Paris certainly knows how to put on an eye-popping show. It was all a little cringey as she belted out her single as she danced on stage, but the highlight was definitely seeing Paris’ boobs. It made the entrance fee good value for money in the end!”