Paris Hilton was visibly upset during an appearance on David Letterman’s U.S. television show on the night of September 28 after the host refused to stop asking her questions about her recent jail stint. 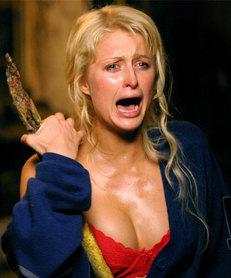 The socialite, who spent 23 days behind bars, appeared to be increasingly uncomfortable and annoyed by David Letterman’s questions on the Late Show.

After six minutes of jail-related questions, the hotel heiress, who was on the show to promote her fragrance Can Can and upcoming film Repo! The Genetic Opera, revealed, “There’s other stuff to talk about Dave. I didn’t come here to talk about this. That was a long time ago.”