Princess Diana’s impromptu dance with John Travolta at a White House function in 1985 has been voted the Most Memorable Screen Dance Of All Time. 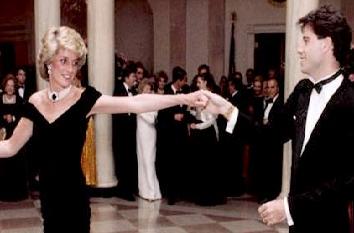 The Late royal’s twirl with the “Pulp Fiction” actor beat off strong competition from the famous lake lift scene in 1987s Dirty Dancing to top the poll by Uktv Gold.

However, it wasn’t great news for Britney Spears since she topped the Most Embarrassing Screen Dances Of All Time with her recent lackluster performance at the MTV Video Music Awards.