Paris Hilton has stripped off again but this time the sexy pose hits the cover of U.S. style magazine 944. 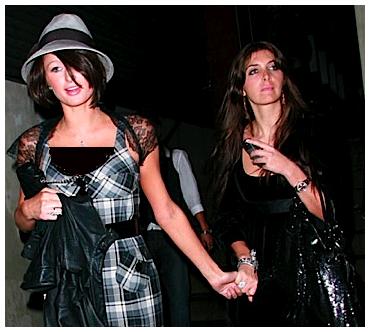 The “Stars Are Blind” singer was sporting only Calvin Klein underwear and a floppy black hat as she posed provocatively on the front cover of the magazine, which you could see here, for its February issue.

In an image cover, she was also supporting her head with her left hand and covers her chest with her right arm.

Paris, who briefly changed into a brunette wig, continued the night at Hyde, before finishing up at notorious celebrity hot spot LAX. This is the second time Paris has been spotted hanging out with the lesbians, she paid a visit to Falcon three weeks ago for the Hollywood premiere of the fifth season of lesbian series “The L Word”.

One partygoer observed, “Paris and Kate were here holding hands.”