Kevin Federline, the former husband of Britney Spears was spotted with the singer’s old party pal Paris Hilton in Las Vegas together on Saturday night. 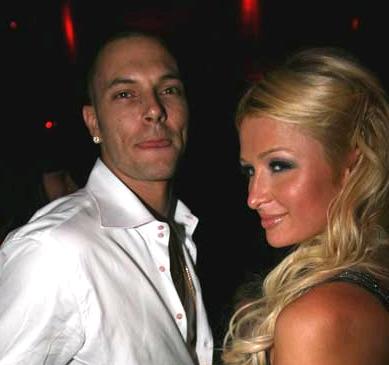 The pair hit up LAX at the Luxor, where Paris Hilton is set to host the New Year’s Eve celebration, and by the look of things, the duo had a great time.

Kevin Federline spotted the 26-year-old hotel heiress in LA’s Lax nightspot and got so excited he kept shouting out her name.

Finally, he plucked up courage and went over, gave her a kiss and then whispered something in her ear. The pair immediately began laughing together.

An onlooker revealed, “It looked as though they were getting quite friendly.” But it is sure to cause more heartache for Britney.

This is not the first time that the pair was seen together since they were also seen partying together at TAO Nightclub in Las Vegas, where they were seen ‘dirty dancing’ on a dance floor last April.

She and K-Fed, 29, were divorced in July and he now has custody of their sons Sean Preston, two, and Jayden James, one.