Paris Hilton wanted to date Prince William when he gets rid of his “mousy” girlfriend. 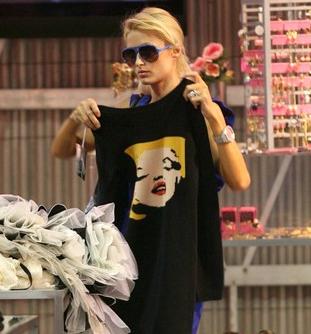 The hotel heiress met the future king, who has been dating Kate Middleton for around five years, on a recent night out and admits that despite being in a relationship with Good Charlotte rocker Benji Madden, she would act on her crush if William didn’t have a girlfriend.

Paris Hilton revealed: “I’d be more than happy to date William – so long as he ditches the mousy girlfriend. I couldn’t believe it when I met him. He was awesome and really hot.”

The 27-year-old blonde, who met William, 26, at exclusive London nightspot Whisky Mist, recently rubbished claims the royal had flirted with her, saying: “People made out that he was flirting but he’s an absolute gentleman and wouldn’t do that. He just came over to introduce himself.”

She added: “He knew about my show and why I was in London so we talked about that for a while. He’s just a really sweet down-to-earth guy. So is Harry.”