Paris Hilton’s popularity appeared to decline another notch this weekend as the hotel heiress was booed on stage at the horror themed awards put together by Spike TV. 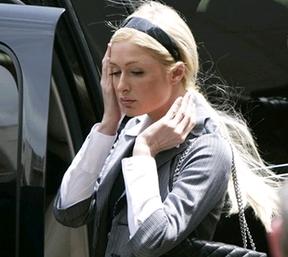 The socialite was booed at the Scream 2007 awards when she introduced a clip from her latest horror film.

She stepped onto the stage with Bill Mosely and Anthony Stewart Head, co-stars in her upcoming film “Repo! The Genetic Opera” some audience booed her.

The movie plot, set in 2056, runs on an entrepreneur who creates genetically perfect organs for people in need but turns to sinister ways to repose them when the recipient can’t afford to pay for the organ.

The “Stars Are Blind” simply ignored it and went on with the show. The same audience cheered at the end of the clip.