Paula Abdul, the judge of the “American Idol” has slammed the talent show for “destroying the souls” of aspiring singers. 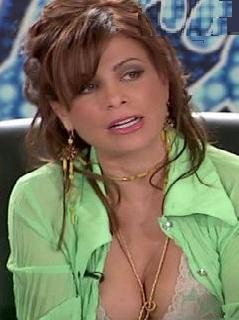 The 45-year-old singer, who appears on the reality television series alongside music mogul Simon Cowell, admitted she would never have appeared on a talent show to launch her career.

She revealed, “I don’t know that I’d have it in me to put myself out there like that. It’s excruciating, soul destroying.”

She added, “Celebrities comes up to me and say: ‘Thank God I’ve made it. I’d hate to have come up through the ranks of the X Factor or American Idol’.”