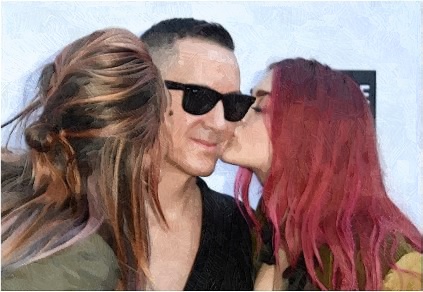 The “Saving Face” star and the American visual artist joined Jeremy Scott on the red carpet. They showed up at the Beverly Hills Hotel on April 8 in Beverly Hills, California. The daughter of the late Michael Jackson also hit the stage to present during the event. She revealed that she met some incredible friends, she made new incredible friends and presented a very special and monumental award to a special friend/artist that will go down in fashion history. She also added that she was grateful and wished a Happy Sunday everyone on Instagram. On the other hand, the daughter of the late Kurt Cobain congratulated Jeremy Scott for being chosen as the Creative Person of the Year recipient and admitted that she is so proud of the 42-year-old fashion designer. She also loved her psychedelic sea witch meets fräulein Maria ensemble.