Perrie Edwards sparks soccer fans when she is wearing a scarf that somehow shows her support to Alex Oxlade-Chamberlain at Liverpool match. 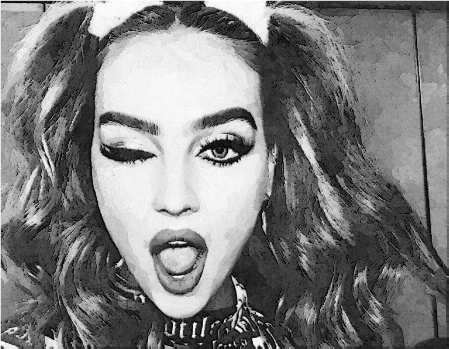 The “Little Mix” star is sporting a half-and-half scarf, which shows both football teams competing in a match. Her chosen scarf shows the team colors of both soccer teams as Liverpool’s Champions League recently clashes with Manchester City. She proves to be a supportive girlfriend when she cheers her Liverpool player beau. She also appears to be singing club anthem, “You’ll Never Walk Alone.” She also sports glamorous curls and a red lip while she arrives at Anfield with a friend. Meanwhile, Perrie is obviously happy to attend the game because her boyfriend manages to score a goal twenty minutes in. This move helps Liverpool to lead 3-0 by half-time. Although there is a distance between them after Alex relocated to Liverpool last year, the celebrity couple proved that their relationship is still going strong.